I have been uploading all my music from my music packs. This is why there are a lot of songs are being uploaded. The goal is right now to upload everything I ever made. (Meaning everything that is available as either royalty free music or premium music)

I added a new filter called "Game Tag". The reason for this is because some music is heavily influenced by video games. I understand that music is music and you cannot really say something is video game music.

But I'm looking at it from the perspective of either a film maker or video game developer. My focus right now is mainly on video game music. I still have plans to create music for film.
So I'm trying to make the filter as easy as possible but still looking into how to do it best.

"Genre" is often used for film music. Video games however, I think it's more cool to have video game themed genres like "Battle & Boss" for example. A video game developer knows right away what that means.

For the website itself we still need to change some things but we have not been able to get to it because of the crises going on. I still want to change the looks, menu and some other things to make things look more professional.

Other then that, I'm also working on some new game music packs.

Anyway hope that everyone is doing well

I have been releasing a lot of music packs of my game music in the past months. I have had very positive feedback on these packs and I will continue to develop them. I'm also creating videos for each music pack. This next one is for my Sea Shanties Music Pack.

My latest music pack! It's all about happiness and stuff like that! 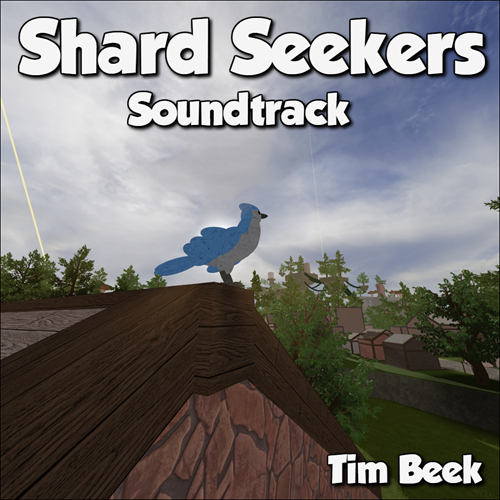 I have now published some music on Spotify! The Shard Seekers soundtrack to be exact.

You can listen to it here on spotify

While you are at it. You can follow me on Spotify! Would be so cool!! Thanks a million!

It's a little bit more tricky to get your music on Spotify but it's now made more easy to get in.
I'm still thinking what else I should publish.

The website has been updated with some new features.
(In case the website is bugging out, it helps to empty your cache and reload the website to see the new updates)

My first priority is functionality. These are all technical updates. The layout is still very basic but we will get to that at some point and make everything look better.

New updates:
- *New* image is added to a song if it has been uploaded in the last 20 days
- Songs now appear at the top of the page when uploaded
- Songs have their own page now and can be linked to
- Stats have been added to songs which show amount played and downloaded
- Patreon subscribers can now log into the website and access the premium music directly
- The download button for premium music has been fixed. It now shows 2 ways to download it. A one time sync license or with patreon. The patreon tab will turn into a download button when logging in with patreon.

Have a great day!